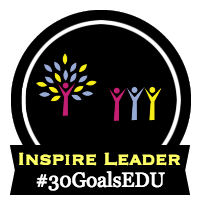 I was delighted when Shelly Terrell (Twitter: @ShellTerrell, blog http://www.shellyterrell.com/about.html) invited me to give a keynote presentation at the 30 Goals E-Conference in July of 2015 on the topic of silos and connectivism. When I sat down to start preparing slides for the presentation, I had expected to go through the usual process of doing a “brain dump”, leaving the material to organise itself as I went from slide to slide. I went into Google Slides, looked at the blankness, and realised that I had nothing to work with. Yes, I had a few personal memories, and I was aware of headlines about what the Finns were doing, but there was nothing of any real substance that I could use.

The time had come to dig into what was behind the headlines in the news outlets, find out what was currently happening in schools and universities both inside and outside Finland, and read curriculum documents. As a research activity, it was all fairly routine. One thing that surprised me was the degree to which headlines could be wide of the mark, with the most extreme being “Finland schools: Subjects scrapped and replaced with ‘topics’ as country reforms its education system” from the Independent Newspaper of 20 March 2015 (accessed 19 July 2015). I found the educational articles available from both the Finnish government’s web site and the Finnish universities to contain a wealth of useful information.

The next step was to organise all the material into a coherent whole. The simplest way to do it was to produce this document which then served as a basis for the presentation. I wrote the speaker’s notes as usual.

Most of my presentations include a lot of text, and I use that as a prompt for what I am about to say. This presentation was quite different: it was almost entirely images. The first rehearsal of the presentation was too short in both content and time. I did a little more research, found some extremely useful material, and added it in. The second rehearsal suffered from two issues: (1) my delivery was hesitant due to the lack of on-screen textual clues, and (2) I was focused on delivering a presentation rather than trying to “sell a message”. There was no time for a third rehearsal, so I had to trust that I would be able to do two things: (1) read the speaker’s notes, and ad lib accordingly, and (2) change my mental focus in the next 14 hours (which included a period of sleep).

Shortly before I was due to present, I was warmly greeted by Jake, Judy and Shelly: their support was extremely helpful. When the time came, Shelly delivered a wonderful introduction, and I was then “on show”. The change of mental focus worked. The writing of the document helped me to ad lib easily from the speaker’s notes. From my own viewpoint, the presentation went as well as I could have hoped. The discussion that followed suggested that I had got my message across. A recording of the presentation can be found here.

I have learned two things. The first is that I am not there to deliver a “perfect presentation” but to convince an audience. The second is to trust my own speaker’s notes.

Another day, another lesson learned. 🙂